Will Obamacare Cause a Shortage of Clinicians?

Under the Affordable Care Act known as Obamacare, approximately 30 million new patients will enter the healthcare system. The Association of American Medical Colleges estimates that by 2015, the U.S. will require 60,000 more doctors than it will have at that time. 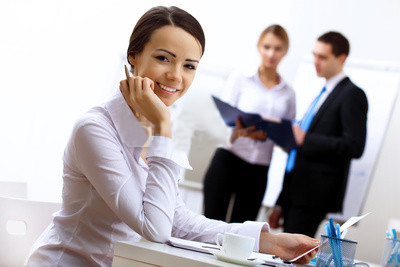 The group expects the shortage to increase through 2025, as fewer individuals are motivated to pursue medicine as a career under Obamacare legislation.

The potential for a physician shortage was further noted by a Physicians Foundation poll in 2010.

Forty percent of respondents indicated they would retire early, take employment at a hospital, look for a non-clinical job or quit the profession entirely due to Obamacare.

A shortage of practitioners would mean longer waits for appointments and ERs filled with patients who couldn’t wait to see a doctor.

According to Dr. Reid Blackwelder, president of the American Academy of Family Physicians, a growing population, along with an aging population that requires more care, is the driving forces behind a physician shortage.

Obamacare is simply accelerating a problem that already exists.

More medical students are choosing to specialize where income potential is greater.

Obamacare places an emphasis on primary care doctors and makes them the lynchpin of many of its initiatives, the exact place where the largest need is and will be in the future.

To address the need, Obamacare allotted $1.5 billion to the National Health Services Corp, which provides support to healthcare professionals in areas with physician shortages. Obamacare anticipated that practitioners in rural areas would be especially impacted where patients have fewer options than those living in more densely populated areas.

Accountable Care Organizations (ACOs) created under Obamacare are teams of medical professionals that treat patients as a group for coordinated care.

Primary care physicians are the pivot points in these teams, creating an even greater need that could take practitioners away from the pool of available healthcare providers needed in underserved areas.

Much of the cost to implement and support Obamacare is being taken from Medicare funds. Obamacare reduces Medicare reimbursements, providing the potential to limit clinician access to millions of individuals.

Many practitioners have already stated that they won’t continue to see Medicare patients due to payment cuts.

New Opportunities for NPs and PAs

A clinician shortage could be partially alleviated with qualified physician assistants (PAs) and nurse practitioners (NPs). PAs and NPs can examine patients, diagnose, prescribe medication and make referrals if needed.

In many states, they’re required to work under the direct supervision of an M.D.

Some practitioners are reluctant to embrace a model that relies more heavily on PAs and NPs, or that gives expanded responsibility to nurses.

If physicians do carry through with their plans to exit the medical profession or seek other options, it could very well lead to a severe shortage of primary care clinicians at a time when 30 million new patients enter the system. Those circumstances could lead to less access to healthcare services rather than more.