Why the Insurance Industry Embraced Obamacare

With so much controversy surrounding the Affordable Health Care Act, many are confused about the overwhelming support the insurance industry afforded Obamacare.

There are three major reasons insurance companies supported the Act.

It gave them an estimated 30 million new customers, placed no caps on the cost of polices, and gave them more control over all aspects of the health insurance market.

Despite assertions to the contrary, insurance companies found much to like in Obamacare. It opened the doors for 30 to 50 million new patients, all of which are required by law to purchase insurance or pay a fine.

Obamacare penalizes those who don’t purchase insurance with the Individual Mandate Tax (IMT). Insurance industry officials believe the IMT is beneficial and ensures most will purchase a policy rather than pay the fine. It’s a win-win situation for insurance companies.

If consumers purchase a policy, it’s more money in the coffers of insurers.

Revenues from those who choose to pay the fine goes toward subsidies from the federal government to help people pay for Marketplace policies, which still goes to insurers.

Obamacare places no limits on how much insurance carriers can charge for policies and there’s no accountability.

Insurers claim the cost of plans under Obamacare will rely largely on the number of young people that participate in the Marketplace, yet insurance companies have already increased co-pays, deductibles and premiums on many employer-provided policies for individuals that won’t even be purchasing through the Marketplace.

Industry officials indicate that if people choose to pay the IMT rather than purchase health insurance, costs will increase.

The industry can charge as much it wants and blame rising costs on provisions in Obamacare, primary of which is the ability to keep children on their parent’s policies until they’re 26 and the inability to refuse coverage to those with pre-existing conditions.

The Healthcare Marketplace was established to provide consumers with “affordable” insurance options, but affordable doesn’t mean cheap. It’s a relative term for consumers and is based on a government formula.

If Marketplace plans prove to be too expensive, Obamacare provides individuals with government subsidies to help them pay for their policies. 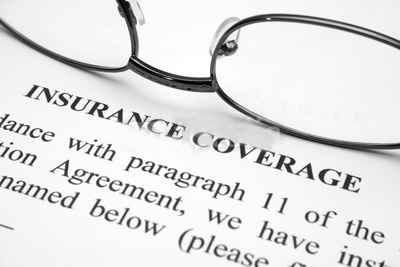 Non-participation by insurers will limit consumer choices and the amount of their subsidy, while effectively creating monopolies.

According to the Kaiser Family Foundation, the cost of Marketplace policies will vary widely, some by as much as $200 or more.

The cost of Marketplace policies is tied to geographical area and the cost of healthcare within that location.

The size of the subsidy offered to patients by the federal government is dependent upon income and the two don’t necessarily equal out.

Obamacare provides insurance companies with an enormous financial windfall through more policyholders, subsidies from the federal government and no explicit price controls. Many fear Obamacare will eventually lead to price fixing, with no effective recourse to address such a problem.

Consumers are left with mandatory insurance policies requiring more out-of-pocket expenses that make the coverage too expensive to use, while insurance carriers continue to profit either way.