What Large (and Small) Businesses Need to Know About Obamacare

While the Affordable Health Care Act (Obamacare) will extend the availability of healthcare services to millions of uninsured Americans, it imposes a variety of mandates on businesses of all sizes that increases the cost of doing business. 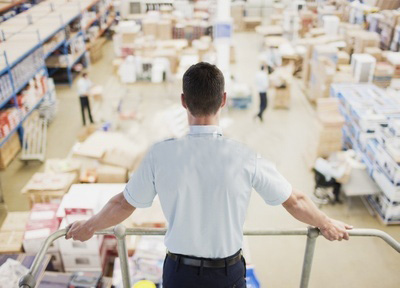 Employers are not happy about Obamacare and many fear the effect on their productivity and profit margins.

Businesses with 50 or more employees, and those with workers who put in 30 or more hours per week, are required by Obamacare to provide their workforce with health insurance or face financial penalties of $2,000 per employee.

Many firms are choosing to pay the fine – it’s cheaper than providing insurance.

The outcry by the business community was so great that President Obama delayed the mandate’s effective date until 2015 to give employers time to prepare for the transition. Companies across the nation are looking at strategies to lighten the financial load when Obamacare is fully operational.

According to a survey by the Society for Human Resource Management, 41 percent of participating small business owners indicated they would not be hiring new employees due to Obamacare.

Twenty percent said they were reducing their payroll and expansion projects are being placed on hold.

Some businesses will receive tax breaks to help alleviate the financial pain of health insurance premiums they pay for employees. The tax breaks only apply to companies with 25 employees or less and many entrepreneurs fear financial failure with the full implementation of Obamacare.

To elude the fines of Obamacare, many businesses have chosen to:

All three strategies have a negative impact.

Higher unemployment rates and reduced hours will force individuals to utilize social service agencies to survive. According to the Bureau of Labor Statistics, only one full-time job was created for every four part-time jobs in 2012.

A survey conducted by Mercer found that 12 percent of all U.S. employers planned to reduce hours for full-time and part-time employees.

In a Reuters survey, a number of businesses indicated that they would be hiring more temporary employees.

That policy would allow employees to qualify for government subsidies to purchase their own insurance coverage through state operated marketplaces.

The strategy is being used by businesses of all sizes, along with educational institutions.

Companies that do provide insurance for employees are being forced to reduce covered benefits while increasing the cost to workers. Some are choosing to eliminate coverage for spouses and children. Insurance companies have raised their rates in response to the array of mandated services through Obamacare.

The costs incurred by businesses through Obamacare mandates will be passed on to consumers. Companies will have to raise the prices on their goods to make up for a loss in productivity, fines and other costs associated with the healthcare Act.

The impact will be felt at all levels, from food and clothing to housing and the auto industry.

Fear of Obamacare has resulted in significant changes in the business community. To combat the cost of mandatory healthcare, businesses are being forced to lay off workers, cut hours and modify work weeks. The result is a loss in productivity that affects profits and limits the ability to expand and create jobs now and in the future.