The Affordable Healthcare Act, also known as Obamacare, contains almost 500 different elements. Various features of the Act were designed to take effect over the course of the next eight years, with a complete implementation date of 2018. 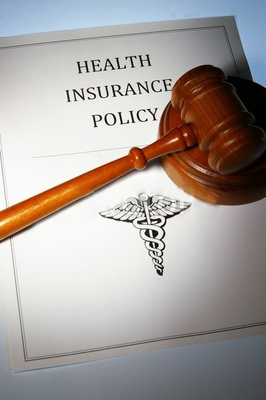 It was one of the signature pieces of legislation on the Obama administration’s to-do list when the President Obama took office.

The Act was passed amid strong opposition and continues to be a topic of great debate.

The Congressional Budget Office estimates Obamacare will provide coverage for 25 million individuals who are now without healthcare, but will still leave approximately 31 million uninsured by 2033.

The following provides an overview of the Obamacare timeline.

President Obama signed the Patient Protection and Affordable Care Act into law on March 23, 2010, marking the beginning of legislation designed to provide healthcare for all Americans.

A pool was established to cover individuals considered high-risk by insurance companies. The government-operated pool provides coverage for those with a pre-existing condition until Jan. 2014 when that coverage is required by all insurance plans.

Beginning in 2010, insurance companies could no longer refuse coverage to those under the age of 18 with a pre-existing health or medical condition, nor could insurers cancel policies for frivolous reasons.

This component of Obamacare also allowed children up to the age of 26 to remain on parental policies as dependents.

Insurance companies were no longer allowed to place lifetime limits on an individual’s benefits.

An additional clause prohibits annual limitations on benefits, with a complete ban on the practice beginning in Jan. 2014. A maximum tax credit of 35 percent was made available to small businesses with 25 employees or less.

The much talked about “donut hole” gap in Medicare prescription plans began to close and will be completely eliminated by 2020. Health Savings Accounts (HSA) and Flexible Spending Accounts (FSA) can no longer be used to pay for over-the-counter medications.

A limit of $2,500 is placed on the amount individuals could place in an FSA, along with the type of medical items that can be purchased. Penalties for buying prohibited products were increased to 20 percent.

Enrollment in the Community Living Assistance Standards and Supports (CLASS) program were scheduled to begin. Designed to ensure long-term care for seniors, individuals would begin paying advance premiums to cover the cost of their care after retirement.

The program was suspended in Oct 2011.

The income tax deduction for claimable medical-related expenses increased from 7.5 to 10 percent.

Medicaid coverage will expand for those with income levels up to 133 percent of the poverty level. Healthcare exchanges, also known as marketplaces, will be established where individuals and small businesses can purchase their own insurance. Some states have opted not to participate in either of the components.

States that don’t set up their own marketplace will have one established for them and operated by the federal government. Marketplace enrollment begins in Oct. 2013.

The Individual Mandate Tax (IMT) also goes into effect, imposing individual fines of up to $285 on those who refuse to obtain healthcare insurance. Adults 18 and older can’t be rejected for insurance and those under age 30 can purchase catastrophic insurance coverage through the marketplaces.

Insurance policies must provide a core of essential services as determined by Obamacare. Small businesses with 25 or fewer employees can take advantage of a maximum tax credit of 50 percent. The credit expires at the end of 2015.

The IMT increases to a maximum penalty of $975 per person for those without insurance. The Independent Payment Advisory Board (IPAB) will begin making recommendations to reduce Medicare spending.

The panel will be responsible for determining which treatments and procedures provides the best results and are most cost effective.

Those without insurance can be fined a maximum of $2,085 under the IMT.

Large businesses with 100 employees or more will be able to access their state’s healthcare marketplace. Participation is dependent upon the individual state’s approval.

This was the earliest date that CLASS benefits could be paid out to recipients. The White House suspended CLASS in Oct. 2011.

IPAB’s recommendations for trimming Medicare costs can be implemented. Those who have a “Cadillac” insurance policy, with premiums in excess of $10,200 for individuals and $27,500 for families, will pay a tax of 40 percent on their coverage, according to the value of the policy. Dental and vision benefits aren’t included when determining value.

Obamacare affects everyone in some way, but few have any knowledge about the different elements involved or how it will affect their healthcare and finances. Those that make no effort to learn about the Obamacare timeline will find they still have no medical coverage and the problem will be compounded by financial penalties.