The Obamacare Rollout – What Did We Learn?

The rollout of the Healthcare Insurance Marketplace, the centerpiece of President Obama’s signature legislation, has been full of server overloads, last minute changes and the inability of people to purchase insurance made mandatory through Obamacare. 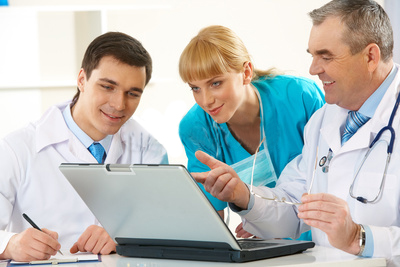 The problems appear to derive from a number of sources that came together to create a perfect storm of data disaster.

Overworked servers and networks couldn’t handle the sheer volume of data being transmitted.

Those factors combined to create bottlenecks at a data junction where insurance providers and credit checking agencies converged.

Some people tried to access the Marketplace in the hope of obtaining healthcare coverage for the first time. Others visited the site in an effort to avoid paying the penalties Obamacare levies against anyone without insurance. Both circumstances led to more traffic than the network could handle.

American consumers seldom purchase anything without reviewing the cost and all their available options. The ability to compare prices was included and then eliminated from the Marketplace before it opened.

The site required individuals to register and provide verification of their identity before viewing plans, a process that significantly slowed the system’s servers and network.

The comparison option has since been reinstated.

The term cheap is relative and Marketplace shoppers complained loudly about costs. Even with the availability of federal subsidies to help pay for policies, many feared future costs when the subsidies were discontinued.

An analysis conducted by the Manhattan Institute indicated that the cheapest Obamacare plans would be more expensive than the least expensive plans offered under the old system.

Additional traffic ensued when people began looking at policies in other states to compare prices.

The Institute study indicated a 99 percent cost increase for men and 62 percent for women. The Department of Health and Human Services asserted that costs would be approximately 16 percent lower than anticipated.

In some instances, the study showed increases of up to 279 percent over the old system.

Those findings have many families wondering how Obamacare is going to accomplish one of its stated goals – making healthcare insurance affordable.

Consumers complained that instead of clearly stating prices, they were forced to wade through information about what their policy would “normally cost” on the open market.

Buyers also objected to how subsidy information was displayed, saying it was confusing.

One of the complaints by buyers was the receipt of notifications by their chosen carriers that the information they received about costs and coverage were incorrect.

Some consumers received confirmation that they were covered, followed by emails indicating they “no longer” had coverage.

The rollout of the Healthcare Insurance Marketplace didn’t go as planned for Obamacare, leaving many consumers frustrated, angry and unsure whether they actually had coverage.

Changes have since been made to the site that officials hope will alleviate data bottlenecks and get the legislation back on the road to its stated goal. The rollout demonstrated the public’s growing demand for clear information and transparency before they’re willing to turn over their hard-earned money.