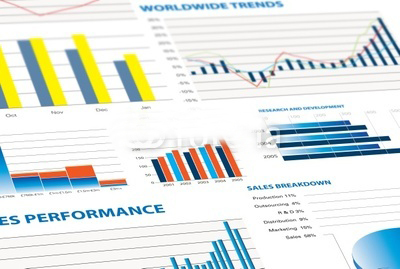 How to Bill More Efficiently

Quick and efficient billing is a necessity in today’s economic climate. Reduced reimbursements and changes brought about by Obamacare are forcing practices to work smarter and more efficiently to collect the revenues they’re due. The best way to accomplish that goal is through integrated software systems with automatic features.

In Touch Biller PRO has advanced features that allow billers to submit claims that are far less likely to incur a rejection and to submit those claims quicker. In Touch Biller PRO is a completely integrated scheduling, documentation, billing and marketing system available in a single product to shorten the revenue cycle.

With an integrated system, scheduling and documentation should work with the billing software with no need for a separate system. In Touch Biller PRO is designed to communicate with other systems for a seamless solution that carries data through to wherever it’s required. The biller is the most important person in a practice after the clinician and In Touch Biller PRO allows the biller to do his/her job more efficiently to keep funds flowing into the practice. Making the biller’s job easier means more revenue.

In Touch Biller PRO eliminates manual entry of patient data that’s time consuming and robs billers of valuable time that can be better spent tracking and monitoring payments and claims. The software detects potential problems and inconsistencies and allows billers to edit claims before they’re submitted, a feature that’s lacking in other systems. Claims are scrubbed and optimized before they ever leave for the clearinghouse.

The ability to generate sophisticated reports is an essential means of increasing income and determining the health of a practice. In Touch Biller PRO can produce customized reports whenever needed, based on a comprehensive array of criteria. Reports can be generated according to accounts receivable, ICD and CPT codes, payers, providers and referral sources.

To keep revenues high, practitioners require a system with seamless integration, the ability to edit claims, and generate sophisticated reports using multiple criteria. In Touch Biller PRO provides billers with essential tools to shorten the revenue cycle and offers clinicians multiple ways to diagnose the health of their practice.

The transition to ICD-10 codes comes with a revised CMS form to facilitate reporting. The National Uniform Claim Committee (NUCC) approved the use of the revised CMS- 1500 Claim Form in February 2012. The new CMS-1500 form will be printed with 02/12 in the lower right hand corner to indicate it’s the replacement for the 08/05 version.

The CMS-1500 must be used when billing Medicare and other federal payers for services. Clinicians must indicate when submitting claims on CMS-1500 if they’re using ICD-9 codes or if they’ve already made the transition to ICD-10. It’s essential that clinicians maintain communication with their payers and clearinghouses and conduct testing to ensure submissions are being transmitted and received correctly.

For those who have received a waiver for electronic transmission, Medicare will continue to accept paper claims, but only on the revised form. Medicare will deny any claim submitted on the old CMS form on and after April 1, 2014.

The new CMS-1500 was required to correctly report and document the thousands of new ICD-10 codes and the alpha-numeric system that will be used. Use of the new form is mandatory when billing any federal payer. Many of the line-by-line item changes were relatively small, such as changes in wording. For example, TRICARE CHAMPUS has been shortened to TRICARE and the Social Security number is now referred to as an ID number.

Other line items with which clinicians were familiar were eliminated entirely, since the information will now be reported elsewhere on the form or not at all. A number of lines now read “Reserved For NUCC Use” and data that includes employer’s name, school and balance due that wasn’t reported on 837P weren’t deemed necessary and aren’t required on CMS-1500.

An enhancement on the form allows clinicians to list up to 12 diagnosis codes per patient. CMS-1500 has a number of open fields, but they can’t be utilized to report additional data. Practitioners now have qualifiers to identify them as a referring, ordering or supervising provider and diagnosis codes that were labeled 1-4 now have an A-L designation.

The ICD-10 codes are more specific and the CMS-1500 reflects that. The new form has a QR Code that can be scanned with a smartphone. The QR Code takes users to the NUCC website. The revised CMS-1500 also underwent changes that would provide practitioners with the ability to add extra qualifiers when needed.

Any reimbursement claims filed prior to implementation of the revised CMS-1500 that must be resubmitted for any reason should be transmitted utilizing the revised form. This is true even if the previous claim was submitted on the earlier form.

A copy of the form can be downloaded for examination purposes, but it can’t be utilized to submit claims. CMS-1500 uses exact red ink match technology and much of the embedded information will remain invisible when it’s scanned with an Optical Character Recognition (OCR) device. Clinicians should be aware that payers can opt not to process claims that are submitted in black ink and doesn’t use the red ink match technology.

It will take some time for clinicians to familiarize themselves with the revised CMS-1500 form and the new ICD-10 codes, but the form is now an accomplished fact. The new codes and forms are a reality of the healthcare environment and clinicians must use them or risk not receiving reimbursements. 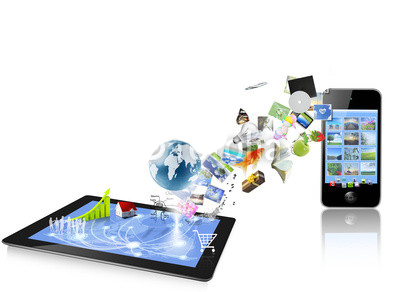 The financial success of a practice relies on the biller’s ability to complete claims and submit them as quickly as possible. Automation is the key to accomplishing that goal. In Touch EMR™ provides practices with an extensive array of automatic functions to make clinics more efficient, productive and profitable.

Billers should have access to three key functionalities within their billing software. Those elements make their job easier and allow them to submit clean claims that are far less likely to be denied or encounter problems during the payment process.

When the clinician has completed the patient encounter documentation, he/she should be able to hit a single button and have the EMR system automatically forward the claim to the billing department. In Touch EMR™ provides that ability. Claims are carried forward form the EMR to the billing system automatically, complete with the CPT and ICD codes, documentation and other pertinent information needed to submit the claim.

Next to the clinician, the biller is the most important person in the practice. Providing the biller with software that offers the ability to rectify coding conflicts and works with them to expedite claims makes their job easier and creates a better cash flow for the clinic. 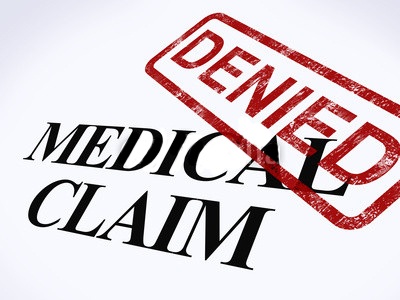 The ability to scrub claims before they’re transmitted is essential. It reduces denials and facilitates every step of the payment process. In Touch EMR™ provides automatic scrubbing to create clean claims that are paid faster. It makes the biller’s job easier, promotes productivity and simplifies the claims process from start to finish.

The built-in abilities of the integrated In Touch EMR™ and In Touch Biller PRO work harmoniously to facilitate the claims process, while automating key abilities it with a variety of one-touch functionalities. The software systems provide the means to edit claims to resolve conflicts that would result in denials, allowing billers to submit clean claims that are paid quickly for improved cash flow.