Obamacare – The Problem it is Trying to Solve

The goal of the Patient Protection and Affordable Health Care Act was fourfold: to increase access to healthcare, reduce healthcare costs, institute more consumer benefits and protections, and improve efficiency. As different portions of the Act go into effect, it will have a major impact on virtually every individual in the U.S.

The Act has both a human and financial component.

According to the Center for Disease Control (CDC) more than 45 million people had no type of health insurance in 2012.

Individuals at the lower end of the financial spectrum were the most likely to lack coverage.

The Congressional Budget Office estimates the Act will reduce the number of uninsured by 27 million between now and 2023, but will still leave approximately 26 million Americans uninsured and financially unable to purchase coverage.

They will no longer be turned down for a preexisting condition and children can remain on parental policies through the age of 26.

The downside is an influx of new patients to practices that are already working to capacity. A poll for the Physicians Foundation showed that 40 percent of medical professionals intend to sell their practice or retire early due to Obamacare, resulting in a shortage of available clinicians and longer wait times to obtain an appointment.

Reducing The Cost of Healthcare

One of the tenants of Obamacare was the control and reduction of skyrocketing healthcare costs. The Act reduces the amounts paid by Medicare to practitioners, but allows hospitals to collect more for the same services.

The inequity is prompting many clinicians to stop accepting Medicare patients, further limiting access to care.

Clinicians are under pressure to reduce the number of tests they order and utilize the least expensive modes of treatment whenever possible. Many healthcare professionals fear the drastic reductions in reimbursements will drive potential physicians into other fields.

Healthcare costs also come in the form of copays, premiums and deductibles. Patients are already seeing an increase in all three, as insurance companies raise prices in response to the services the Act forces them to reimburse for.

With insurance companies placing limitations on reimbursements, pharmaceutical firms are reducing or eliminating medications as unprofitable to produce.

The cost of Obamacare comes in other guises. In 2018, a 40 percent tax will be placed on healthcare plans, dependent upon their value, and collected through tax returns. Fines will be assessed on individuals without insurance.

Employers with more than 50 workers must offer insurance or face financial penalties for each person they employ.

Obamacare provides patients with some perks along with coverage. Insurance companies can’t place an annual limit on benefits, nor can they cancel policies for frivolous reasons, but the Act limits the amount individuals can place in Flexible Spending Accounts (FSAs) and purchases that can be made with the funds.

The Act’s components are intended to increase the overall efficiency and delivery of healthcare services. To accomplish that goal, the Act mandated use of an electronic medical records (EMR) system.

The technology is expected to allow clinicians to treat a greater number of patients per day and eliminate paper records. 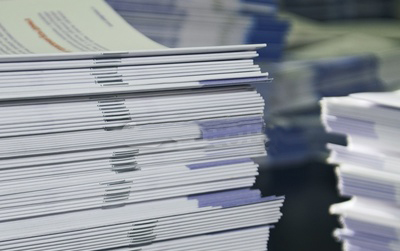 Accountable Care Organizations (ACOs) encourage networks of providers, with financial incentives for clinicians that provide a better level of care.

The focus of healthcare would begin a transition to a system of preventatives measures rather than reacting to treat disease after it occurs.

The Act also creates a panel of individuals to determine and recommend preferred treatment options.

Obamacare has four major goals through the Affordable Healthcare Act. In an effort to solve the glaring problems in the healthcare system, it will change the way clinicians practice their profession and deliver care. Patients will have greater access to clinicians, but only time will tell if Obamacare creates a nation of healthier individuals and more efficient practitioners.