Impact of Obamacare on Senior Citizens

According to Health and Human Services Secretary, Kathleen Sebelius, 11,000 seniors are becoming eligible for Medicare each day. As new elements of the Affordable Healthcare Act are introduced, seniors will see changes in their Medicare coverage, out-of-pocket expenses, and even the physicians they see.

Known as Obamacare, the Act reduces payments for those with Medicare and who are enrolled in the Medicare Advantage program.

A significant amount of money to fund Obamacare over the next 10 years is being taken from Medicare coffers.

The Congressional Budget Office (CBO) estimates that reimbursement for Medicare-related services will be cut by approximately $716 billion between 2013 and 2022.

Seniors participating in the Medicare Advantage program will see cuts in that as well.

Seniors will face additional cuts through the creation of the Independent Payment Advisory Board (IPAB), which will have control of the Medicare budget in coming years. Insurance companies will be allowed to continue charging seniors and other groups higher rates for their healthcare.

On the plus side for the 49.5 million seniors on Medicare, Obamacare caps the amount seniors will pay for Medicare premiums. It also expands coverage for prescription medications and some preventative care services.

Medicare already pays less for services than many commercial carriers and those amounts will be reduced further in the coming years. Facing the prospect of decreasing Medicare revenues, many clinicians are either selling their practice, retiring early, taking employment at hospitals, or refusing to see Medicare patients at all.

A Deficit of Doctors

According to the Association of American Medical Colleges (AAMC), there will be an estimated deficit of 130,000 physicians by 2025. Fewer clinicians mean less access to healthcare for seniors and a longer wait for appointments.

Seniors could be forced to locate a new practitioner, be limited to clinicians within specific networks, and required to travel further distances to receive healthcare.

Funds collected through the tax increase won’t be used for Medicare. The money is earmarked to pay for and sustain Obamacare programs.

The Act assumes that seniors will use the dollars previously used for Medicare Advantage plans to purchase insurance through commercial companies. 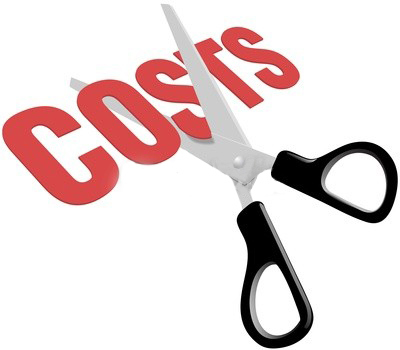 Further measures to control costs in the future will be in the hands of the IPAB. The 15-member board will have the power to cut Medicare spending where it sees fit to reach specific spending goals.

Cuts will automatically take effect unless Congress moves to counteract the changes with a super majority vote of three-fifths by the Senate. IPAB members are appointed and can’t be voted out of office.

The board essentially provides protection for Congress, absolving them of any responsibility for Medicare cuts.

IPAB will be charged with setting reimbursement rates for clinicians and deciding which medications, treatments and procedures will be covered.

IPAB will determine the most effective treatments for specific maladies and the cost for each treatment and procedure.

Most people agree that some type of healthcare reform was needed, but seniors fear Obamacare will limit their access to physicians, medications and treatments at a time when they need them most. One thing is certain. Obamacare will definitely impact the financial health of seniors.