The Affordable Health Care Act, known as Obamacare, is already bringing change into the lives of millions of individuals across the nation. Some view those changes in a positive light, while others are facing the potential for penalties, loss of employer-based insurance and even cuts in jobs and hours.

There are actions that individuals can take to protect themselves from the downside of Obamacare, and measures that can be implemented to reap the most benefit from the legislation.

It requires effort on the part of consumers, but the results could be well worth it.

One of the initiatives under Obamacare was the expansion of Medicaid to millions of patients who previously wouldn’t have qualified, though a handful of states have refused to expand their programs.

It pays to check anyway, as some people who don’t qualify for Medicaid may still receive some type of assistance.

In states that expanded Medicaid programs, a family of four making $29,327 (per 2010 statistics) will be able to enroll.

Residents in states that already had generous income eligibility levels above that current Obamacare mandated amount could be eliminated from the program and referred to the Health Insurance Marketplace.

Low-income earners are eligible to receive financial subsidies to help offset the cost of coverage on the Marketplace.

The IMT is a penalty imposed on those who don’t purchase insurance and collected through income taxes. People covered by an employer-based policy are in compliance and won’t be charged.

Those without insurance may be eligible for Medicaid or subsidies for purchasing coverage on the Marketplace. 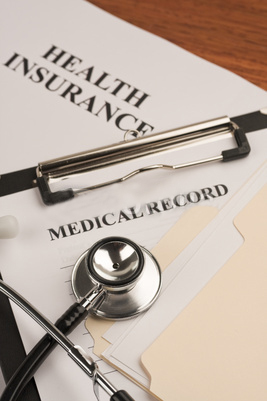 Before writing a check to pay the IMT, taxpayers may want to wait and see if collection of the IMT is actually going to happen.

Obamacare empowers the Internal Revenue Service to collect the IMT by deducting it from any refund to which the taxpayer may be entitled, but they can’t take personal property.

The IMT is extremely difficult to enforce and may be changed in the future.

Families with a Health Savings Account (HSA) or Flexible Spending Account (FSA) can pay for OTC remedies if a physician writes a prescription for them.

Those who take OTCs that include products such as Tagamet or Tylenol should ask for a prescription in anticipation of future needs.

Obamacare offers new hope for many individuals and families. For some, it may be an opportunity to receive treatment for potentially life-threatening conditions.  Others aren’t as enthusiastic about Obamacare. They’re waiting and remaining vigilant to see what Obamacare has in store for them in the future.